The event might have died out long ago, but what it brought to Earth is thriving… and still very much alive…

1908 - The Tunguska event. When a meteorite skips across Earth’s atmosphere over Siberia, the resulting explosion flattens trees and shakes buildings over hundreds of kilometres. A small fragment breaks free of the larger meteorite and crashes to Earth on a remote Siberian farm. When the farmer investigates the damage to his crops and property, he discovers a crater in the floor of his barn. In the centre, a large piece of rock, a meteorite. Suspecting there is money to be made from selling it, remuneration for the damage it had caused, he takes it to the nearest museum, setting the fragment on its path across the European continent.

1934 - After years on display, a Russian scientist accidentally discovers the meteorite’s hidden payload: alien lifeforms, dormant and barely alive. To study them, a team of scientists set up a secret laboratory beneath the streets of Minsk.

1941 - They have barely begun to understand the amazing properties of the alien organisms when the German forces invade and discover the hidden laboratory. They seize its contents and move them to a specially designed underground complex in the Bavarian mountains.

1945 - Allied forces invade France and drive back the German forces. With their enemy closing in on the lab, the scientists rig it with explosives to hide the evidence of what went on there. Shortly before the entranced is sealed, soldiers arrive with a truck laden with plundered treasures.
Though trapped with no ability to escape, the aliens survived passage through the vacuum of space, they could survive this. They remain alive beneath the Earth, waiting.

Present day - A treasure hunter finds mention of the Bavarian facility in a secret file while looking for information on lost Nazi gold. His previous research already hinted that there might be a huge cache of gold in the area, this secret subterranean bunker would be the perfect place to hide such valuables. After coaxing his wife, Tess, to accompany him, they set off to find the facility and what it might contain.
Inside, they find their greed for gold has ensnared them in a horrifying nightmare they might not escape from.

Common devices that will read Epub book files are:

Not all evil can be stopped…

At an isolated location in the Scottish Highlands lies the mansion of Eden Falls. Built by a mysterious, reclusive man who kept his wife and son there as virtual prisoners, it has sat abandoned since the tragic deaths of the entire family.

Any who visit are never seen again, and rumours say the place is cursed, haunted by an evil spirit.

Keen to make a name for himself in paranormal circles, cocksure Thaddeus Inglehart decides he will be the one to purge Eden Falls of its resident evil.

Accompanied by a psychic, a skeptic and a reporter, he believes himself more than capable of dealing with whatever dwells in the old mansion. He was wrong.

Eden Falls is a perfect taster for what is to come in The Ghost of Helingast Asylum. Grab your free copy today. Kindle or ePub version available

If you prefer a physical copy, you will find the paperback on your Amazon at the link below.

The price is set at cost to cover Amazon's 60 percent of list price and printing costs.

It all begins in ICE RIFT when NASA satellite scans detect an anomaly lodged deep within a massive ice rift in Antarctica and a small team of environmental scientists are sent to explore the site. They discover an alien ship, buried for thousands of years but still teeming with life. Trapped between a raging blizzard above and a planet's worth of angry, hungry aliens below, the team engage in a desperate fight for survival. Unknown to them all, an ancient intelligence stalks them, looking for its chance at freedom.

Ice Rift remains one of my most popular books, and fans tell me part of the appeal is the variety of strange creatures on offer. I've deliberately tried to create aliens that couldn't be portrayed by a person in a suit, which lets me get particularly inventive. The poor humans in this story face monstrous insects, stealthy hunters, and even something they could only think to name 'Corpsetooth.' Why? Well, it's best you experience that for yourself.
Starting with the discovery of a spaceship at the bottom of a huge ice rift in Antarctica by scientists, the four book series takes on a journey of thrilling adventure from Antarctica to Siberia and beyond as those caught up in the alien confrontation attempt to save civilization from the threat they pose to mans existence.

Read On Any Device

My books have been designed and formatted to look good and provide a pleasurable reading experience on all devices. 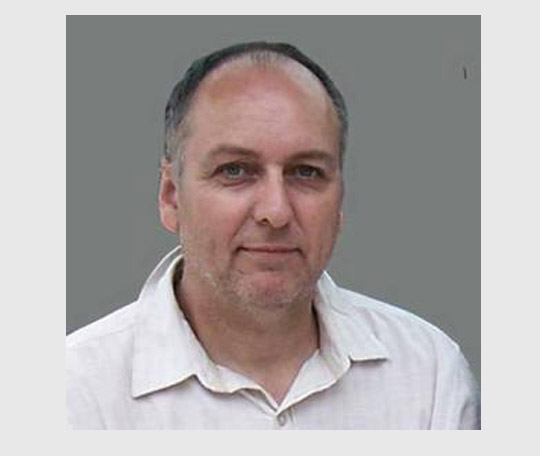 Former global adventurer, currently a writer of thrillers, with a mind full of monsters. Ben Hammott is a British author living in England with his human family and more than the average number of cats. Most of his published works fall under the broad category of ‘thriller,’ getting there by way of horror, fantasy or historical mystery. Two of his many novels, ‘Hell Ship: The Flying Dutchman’ and ‘Ice Rift,’ are now available on audio. Though now firmly based back in the UK, he wrote most of his books while travelling across Europe, until a certain global pandemic forced a change of direction. Until that point, he could genuinely style himself as something of an adventurer and explorer, making a few small discoveries and finding his way into locations not seen by the public in decades (including one small misadventure in a dinghy that’s still a sore spot for the person who lent it to him). When he’s not writing, Ben spends his time exploring his passion for resin moulding and 3D printing, and constructing ever more new climbing places for his cats, while insisting to anybody who will listen that he’s not a cat person.